SSAB has appointed Håkan Folin as its new Chief Financial Officer. He has previously held a number of senior positions in the company and will take up the position of CFO on May 1, 2013.

Håkan Folin came to SSAB in 2006 from the property company Stronghold and was initially involved in SSAB´s strategic development, as well as the subsequent acquisition of the North American company IPSCO. During his time at SSAB he has also served as CFO of Tibnor and SSAB APAC. He returned to Sweden last year and, since the beginning of the year, has been the company´s Chief Controller.

“I´m very pleased that Håkan Folin has accepted the position as new CFO,” says SSAB´s CEO Martin Lindqvist. “He knows the company very well and he will make a very positive contribution to SSAB´s development.”

Håkan Folin, aged 36, holds an M.Sc. in Industrial Management and Organization from the Royal Institute of Technology in Stockholm. He is married with two children.

SSAB is a global leader in value added, high strength steel. SSAB offers products developed in close cooperation with its customers to create a stronger, lighter and more sustainable world. SSAB has employees in over 45 countries and operates production facilities in Sweden and the US. SSAB is listed on the NASDAQ OMX Nordic Exchange, Stockholm. www.ssab.com. 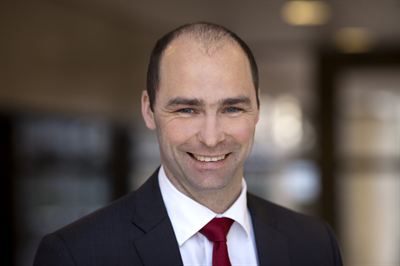